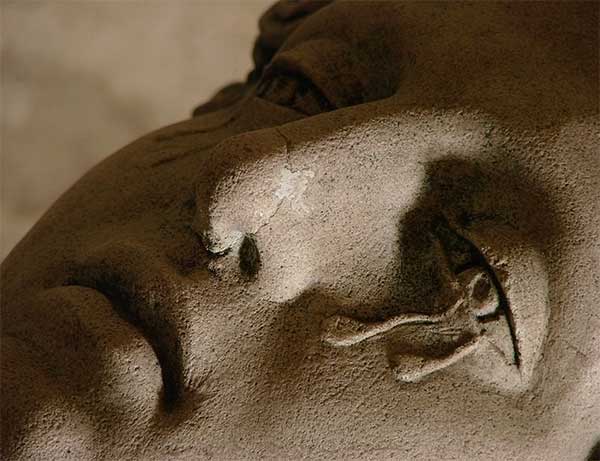 “Don’t wish me happiness. I don’t expect to be ‘happy.’ Wish me courage, strength, and a sense of humor. I will need them all.” ~ Anne Morrow Lindbergh

On the current state of Western Civilization, from a friend in the UK:

“Our population’s ‘thinking’ has degraded to such an extent that ‘use of force,’ even in legitimate, physical self-defense, indeed even personal ‘ mind violence’ (thinking thoughts that are not government-approved) is vehemently censured here. Any use of force, for any reason, is ‘socially unacceptable behavior’

So, a hooded thug, running around London’s underground stabbing and slicing innocent commuters, is now accepted and tolerated, because apparently ‘it makes him happy…’

Overly-pacified citizens, standing open mouths while nervously clutching their bags and pointing at the attacker, is fast becoming the norm here! An elderly gentleman, who stepped in to protect the innocent was stabbed in the liver for his trouble, and no one even said thank-you. In fact, some are calling for his prosecution for ‘interfering’ with this terrorist’s deadly romp!

So the new British norm is now: ‘We are ready and willing to submit to being molested, mutilated, and murdered, as long as you are happy’

What a frightening reality for a nation who, just two generations ago, beat murdering Nazis by flying screaming Spitfires and Mustangs and charging forward under enemy fire, on foot and in growling tanks!

Personal disarmament has made our population weak-minded, self-indulgent, and feeble. Only a few vigilant civilians and security forces remain ready to face the growing Muslim threat, and they are routinely denigrated as ‘ non-mainstream.’

Even our current Pope has characterized Islamic terrorists as not ‘ religious,’ but ‘interest’ based, whatever that means! We need a Pope who can actually see the forest, not just trees, as this one is clearly not up to the challenge of our ‘unchecked happiness, leading to death.’”

“No one can be sure his own contrition is sincere; much less that he has attained full remission”

“To quash these arguments… by force alone, and not to resolve them through honest reasoning, is to expose the Church and Pope to ridicule…” ~ Thesis numbers thirty and ninety (of ninety-five) defiantly nailed to the front door of the Castle Church at Wittenberg by previously obscure Augustinian Friar, Martin Luther, on the morning of 31 Oct 1517 (Thurs)

In all of Western Civilization, goodness and personal decency and honor now represent the minority. Personal responsibility, personal dignity, and industry are habitually spat-upon and denigrated.

Every form of self-indulgence and filth must now be accepted and welcomed, indeed reverenced. Your ultimate civic duty now is to allow yourself and your family to be murdered, without so much as lifting a finger in protest.

Our civilization is dying from “happiness!”

About John Farnam & Defense Training International, Inc
As a defensive weapons and tactics instructor John Farnam will urge you, based on your own beliefs, to make up your mind in advance as to what you would do when faced with an imminent and unlawful lethal threat. You should, of course, also decide what preparations you should make in advance, if any. Defense Training International wants to make sure that their students fully understand the physical, legal, psychological, and societal consequences of their actions or inactions.

It is our duty to make you aware of certain unpleasant physical realities intrinsic to the Planet Earth. Mr Farnam is happy to be your counselor and advisor. Visit: www.defense-training.com