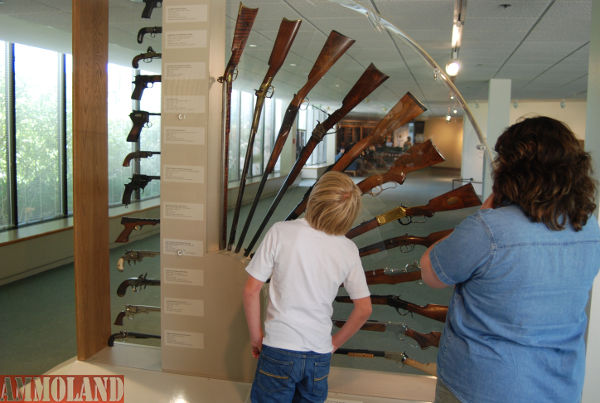 The museum is ranked third in that group.

“We see a special trend as we cross the West visiting museums. There’s this desire to not only show the artifacts that are important to a local place—from prehistoric tools to 20th-century clothing—but to engage visitors through use of better films, more interactive exhibits, and stronger programs, particularly those aimed at younger visitors,” writes Candy Moulton for True West. “Now more than ever, it is time to take the family to the museum.”

For a dozen years, True West has recognized the best western museums and best western art museums in America “for their dedication to keeping the Old West alive in our communities and nation.” Moulton, Spur Award-winning writer, and the editors of True West picked the winners for this annual award based on the extraordinary efforts of the museums over the past year to create and host new temporary exhibits, as well as maintain dynamic permanent exhibitions.

“True West has become very important to the Buffalo Bill Center of the West,” says Ashley Hlebinsky, firearms curator. “We collaborate on articles, provide historic images, and are excited to see their special story about the Center’s Centennial in 2017. We know how important True West has become in perpetuating the story of the American West.”

True West has led the way for 63 years in presenting the true stories of Old West adventure, history, culture, and preservation. For subscriptions and more information, visit twmag.com or call 888-687-1881.

To learn about the five museums of the Buffalo Bill Center of the West, visit centerofthewest.org/explore.

About Buffalo Bill Center of the West:

Since 1917, the award-winning Buffalo Bill Center of the West in Cody, Wyoming, has devoted itself to sharing the story of the authentic American West. The Center, and affiliate of the Smithsonian Institution, is currently operating its winter schedule, open 10 a.m. – 5 p.m. Thursday – Sunday.

For additional information, visit centerofthewest.org or the Center’s pages on Facebook and Google+.