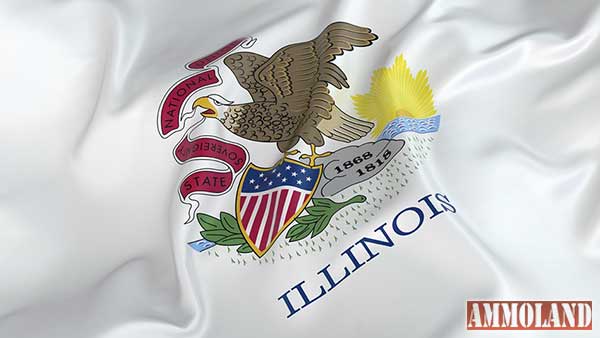 Chatsworth, IL -(AmmoLand.com)- The 2016 campaign season is heating up along with the rhetoric. Supreme Court Justice Ruth Bader Ginsburg has attacked Donald Trump.

Ginsburg’s negative comments regarding a political candidate, while not forbidden, certainly breaks a long standing protocol against such activities by judges and particularly, Supreme Court Justices. At the same time, President Obama’s comment at the memorial service for the slain Dallas police officers, claiming that “A Glock is easier to get than a computer”, telegraphs the misinformation campaign that is going to be part of the Presidential Election.

Expect to see a very nasty anti-gun plank in the Democrat national platform. Law abiding gun owners will have to suffer assaults from the jaw bones of anti-gun asses. This is going to be a bitter fight. I ask all readers to join the Illinois State Rifle Association because there is no better way to fight for your Second Amendment rights in Illinois.

How wrong do you have to be when even the Washington Post recognizes that President Obama isn’t telling the truth about firearms. The Washington Post awarded the President “three Pinocchio’s” for saying that a kid can get a firearm easier than a computer. Considering what has happened in the last seven and one half years, the President probably has to open doors with his nose because it is so long that his arms can’t reach the door handle.

Another bit of bad news for the anti-gunners is the National Association of Police Chiefs (NACOP) 28th annual survey of command staff. The survey shows that 87.9 percent of those who returned the survey believe that citizens who passed background checks have a right to own firearms for sport or self-defense. Moreover, 86.4 percent of those surveyed believe that nationwide reciprocity is a good idea and also 76 percent believe that armed citizens can help the police. It appears the NACOP isn’t buying into the anti-gun baloney.

The recent attack on a train in Germany was perpetrated by a 17-year-old using a knife and an axe. The 17-year-old was from Afghanistan, by way of Iran. He was using the simplest of weapons but was able to inflict damage, until he was eventually shot to death. This reminds me of two things. First, despite our obsession with all kinds of cool high-tech gadgets, in the end, none of them mattered. He simply lied and walked into Germany because of stupid public policy – the same public policy regarding immigrants, refugees and those seeking asylum that the United States has, and that Obama and Clinton want to expand. Second, when an attack happens, only the intended victims can have an immediate effect. If the intended victims are not prepared, they are just going to suffer. Be sure you take time to train and prepare yourself.

The Republican Convention is about to wind up, to be followed by the Democratic Convention. It will be interesting to compare the two party platforms on firearms. I’m pretty sure what the outcome will be. Even though the Democrats are being urged to soften their anti-gun stands, we all know what they are really thinking. Whatever the case, as Sherlock Holmes said, “Watson, the game is afoot”.

Thanks for being a member.

Check out ISRA’s website at www.isra.org! Tell us what you think!

The ISRA is the state’s leading advocate of safe, lawful and responsible firearms ownership. Since 1903, the ISRA has represented the interests of over 1.5 million law-abiding Illinois firearm owners.

This post The 2016 Campaign Season and More ~ A Message from ISRA’s Executive Director appeared first on AmmoLand.com Shooting Sports News .