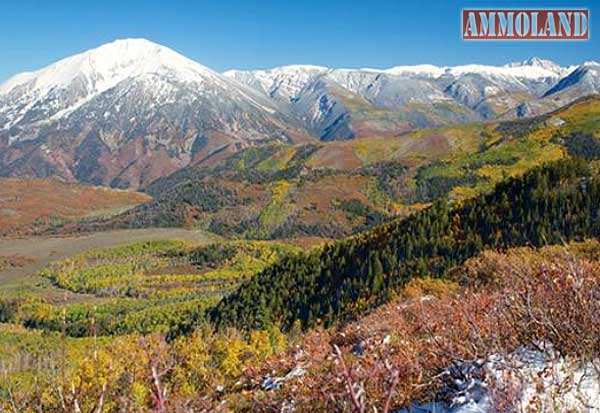 Denver, CO -(AmmoLand.com)- The proposed first-of-its-kind management plan for public lands in the Moab, Utah, area marks a major milestone in efforts to look before leasing lands that are important to fish, wildlife, hunters and other outdoor enthusiasts.

The Sportsmen for Responsible Energy Development coalition said the proposed Moab Master Leasing Plan released Wednesday by the Bureau of Land Management is a significant, on-the-ground culmination of oil and gas leasing reforms prompted in large part by attempts to open public lands near Arches National Park to drilling.

The SFRED coalition supports using Master Leasing Plans, or MLPs, to identify vital fish and wildlife habitat and potential negative impacts on habitat, waterways, hunting and angling before leases are issued. The goal in Utah and other areas where MLPs are being considered is to engage a broad spectrum of interested parties, address conflicts upfront and balance different uses of public lands to ensure that fish and wildlife populations and the places people fish, hunt and recreate are sustained for generations to come.

“The Moab Master Leasing Plan was created in a spirit of collaboration that demonstrates how a diverse group of Americans can come together and roll up their sleeves for the benefit of our public lands and all involved,” says Joel Webster, Western lands director with the Theodore Roosevelt Conservation Partnership. “Many people talk about doing it right and creating a balanced approach for energy development on public lands, and master leasing plans are the best tool for the job.”

The BLM’s plan for 785,000 acres of public lands in Utah’s Grand and San Juan counties encompasses the only remaining native herds of desert bighorn sheep in Utah as well as pronghorn-fawning and mule deer habitat, coalition members noted. The area contains segments of the Colorado River that are habitat for endangered fish like the bonytail, Colorado pikeminnow, humpback chub and razorback sucker.

“This successful model should be replicated in Greater Little Mountain, Wyoming, in South Park, Colorado, and other important areas of the West where energy development needs to be balanced with other multiple uses like hunting and fishing,” said Corey Fisher, senior policy director for Trout Unlimited’s Sportsmen Conservation Project.

“This Master Leasing Plan has provided the opportunity to better balance the needs of wildlife in the region, wildlife like bighorn sheep, pronghorn and mule deer.  It just makes so much sense to seek that balance before the agency issues leases and permits to drill, not after,” said Kate Zimmerman, the National Wildlife Federation’s public lands policy director.

The BLM will issue a final decision after further review of the plan and final Environmental Impact Statement.

About Sportsmen for Responsible Energy Development:

Sportsmen for Responsible Energy Development is a coalition of more than 1500 businesses, organizations and individuals dedicated to conserving irreplaceable habitats so future generations can hunt and fish on public lands. The coalition is led by Trout Unlimited, the Theodore Roosevelt Conservation Partnership and the National Wildlife Federation.

About the National Wildlife Federation: