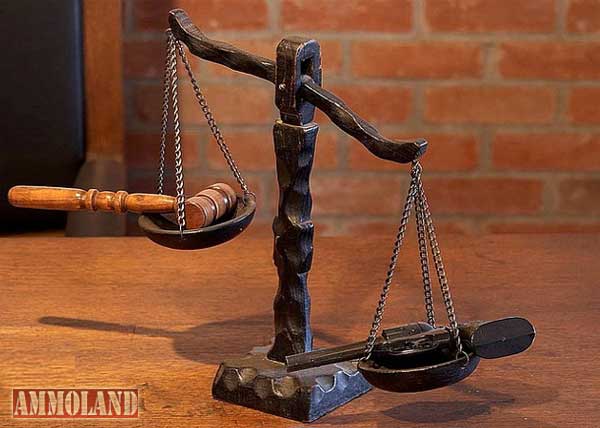 Las Vegas, NV –-(Ammoland.com)- The Mercury News reports this week (07/23/2016) in Antioch, California, authorities declined to file criminal charges in the February shooting death of a San Ramon man, but the victim’s family continues to dispute that it was an act of self-defense.

The deceased, age 31, was shot at least four times at a Chevron gas station on Feb. 13 2016. He died in a hospital two days later. A coroner’s report released in June said he was shot with his own handgun, after getting into an argument with a man with whom he had a history. He displayed a gun at his waistband, leading to a struggle where the other man grabbed the weapon.

Police say the unnamed shooter was fighting for his own life, and only fired shots after the deceased declared he had a second gun strapped to his ankle and then reached for his pant leg. However, no guns were found on his body.

The deceased’s family is not accepting the police department’s assessment and is lobbying the District Attorney’s Office to re-examine the case. They say they will ask Attorney General Kamala Harris’ office look into it if the Contra Costa DA’s office doesn’t want to do anything about it.

The Deputy DA said it was a clear-cut decision not to charge the shooter and that he didn’t think prosecutors would be able to prove the shooter’s actions were not in self-defense. Investigators reviewed security footage that depicted the entire incident and it shows the deceased showing he had a gun, then the two struggling over the weapon.

When officers arrive the shooter puts his hands up, puts the gun on the ground, and follows officers’ orders promptly.

Two of the deceased’s wounds were to his backside, one severing an artery, one hit him in his knee, and graze wounds to his chest and arm.

The coroner’s report also states that the shooter had a restraining order against the deceased, but court civil records indicate one was never filed.

The family feels every shot has to be justified, but that’s not true in the dynamic motion of a violent confrontation.

It appears the shooter had reason to believe his opponent was about to shoot him. Apparently wrong, but believable at the time and that’s the test.

Sometimes even after no charges are filed the case continues. A decedent’s family will rarely agree that their relative deserved to die. Given economic resources, this case could go on for decades.