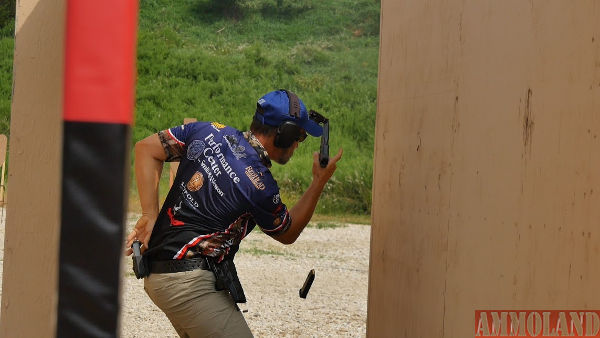 This week’s show opens with the conclusion of the USPSA Production Nationals, held at Pasa Park, IL.

After a five year absence at USPSA matches, Doug reacquaints himself to shooting this discipline digging in and following his practice of shooting smooth while limiting any margins of shooting errors. With the match over, Doug regroups and shares a shooting tip and his plan of action for his next USPSA match.

Then, taking a break from his heavy competition schedule, Doug heads out to the Northwest corner of New Jersey for an Eastern Black Bear hunt. Sitting on a ground blind tucked amongst hardwoods, Doug waits patiently for a Boar to come in with his Leupold topped T/C Encore Pro Hunter, backed with Hornady 250 grain SST.

Doug Koenig’s Championship Season can be viewed on Pursuit Channel:

Follow Doug at https://www.facebook.com/DougKoenigChampion and watch the show stream live at: http://www.vidillion.tv/pursuitchannel/.

Doug Koenig’s Championship Season returns to the Pursuit Channel. From remote hunting destinations to the firing line, join your host and world shooting champion Doug Koenig on his quest for the ultimate trophies. Championship Season features a gritty combination of fast-paced shooting competition and in your face hunting adventure. Whether it’s bull elk, whitetails or competition shooting, one thing is certain…bullets will fly and it’s gonna be a wild ride!