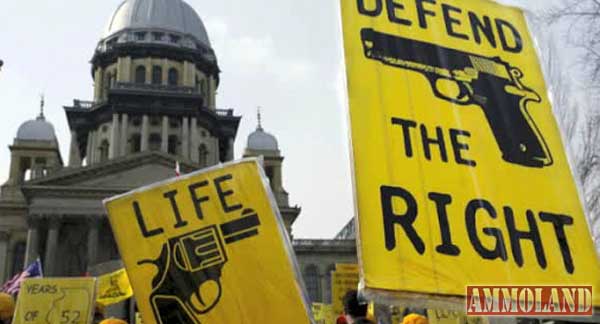 The New Jersey Senate Law and Public Safety Committee is scheduled to hold a procedurally required hearing on the legislature’s maneuver to kill incremental improvements in the “justifiable need” standard to qualify for a handgun carry permit that were recommended by Governor Christie and implemented by the State Police earlier this year.

New Jersey’s “Justifiable Need” standard is one of the strictest in the nation and is preventing law-abiding citizens from being able to carry a firearm for self-defense in times of emergency.

Governor Christie’s improvements to the right to carry caused anti-gun legislators to panic. They subsequently decided to use this procedural legislative maneuver in order to prevent these improvements from being implemented.

Anti-gun legislators in New Jersey do not want you to be able to defend yourself, and they are going all out to make sure of it.

Please attend the hearing on Monday and voice your opposition to this egregious attempt to prevent the strengthening of New Jersey’s self-defense laws. Also, contact your lawmakers by clicking the “Take Action” button above and politely urge them to oppose this ridiculous procedural maneuver.

About:
Established in 1975, the Institute for Legislative Action (ILA) is the “lobbying” arm of the National Rifle Association of America. ILA is responsible for preserving the right of all law-abiding individuals in the legislative, political, and legal arenas, to purchase, possess and use firearms for legitimate purposes as guaranteed by the Second Amendment to the U.S. Constitution. Visit: www.nra.org