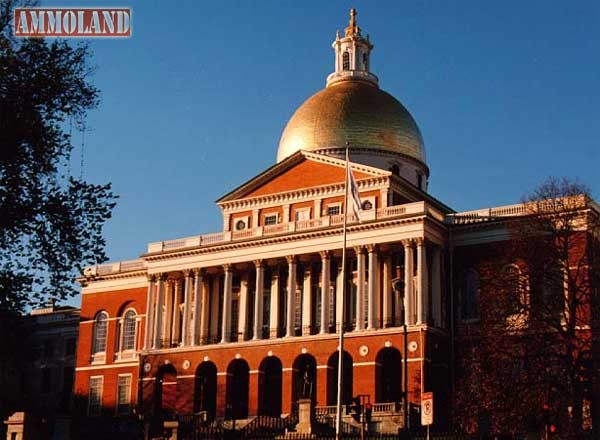 Northborough, MA -(AmmoLand.com)- Without any prior notice or public hearings and while the legislature is on break for national conventions the Massachusetts Attorney General, Maura Healey, has issued an “Enforcement Notice” to firearm retailers throughout the Commonwealth of Massachusetts changing the longstanding definition of so-called “Assault Weapons”.

For nearly 18 years since the passage of the 1998 Gun Control Act firearm retailers, gun owners and state agencies have been operating under the same interpretation. Now, suddenly, without warning or any due process a single person with a clear political agenda decides to change the rules. All Massachusetts residents should be alarmed!

GOAL is currently trying to decipher the enforcement letter, but with as much information that it contains, it is not very clear what it means.

Statements such as the following make it very convoluted: “… a weapon is a Copy or Duplicate, for example, if the operating system and firing mechanism of the weapon are based on or otherwise substantially similar to one of the Enumerated Weapons.”

Virtually every semi-automatic that utilizes a detachable magazine has the same operating system or firing mechanism, so what does this mean? The short answer is we simply don’t know. Our best advice to firearm retailers for now is to err on the side of caution. These new rules may cover a lot more than just what we might think.

GOAL is working with people and groups around the State and the nation to clarify these new interpretations and decide the best course of action. One thing is certain that this new interpretation is purely a political stunt and has nothing to do with public safety or real law.

Gun Owners’ Action League is the official state firearms association in Massachusetts. We are an association of law-abiding citizens who believe in the basic right of firearms ownership for competition, recreation and self-protection. GOAL works hard to defend the Constitution and the Bill of Rights against those in Massachusetts who wish to infringe upon the freedoms guaranteed by our forefathers. The programs sponsored and developed by Gun Owners’ Action League are supported by competitors, sportsmen, recreational shooters and law enforcement throughout the state. We were formed in 1974 to protect the right to keep and bear arms for lawful purposes in the Commonwealth of Massachusetts. We are recognized as the state’s premier gun rights association.