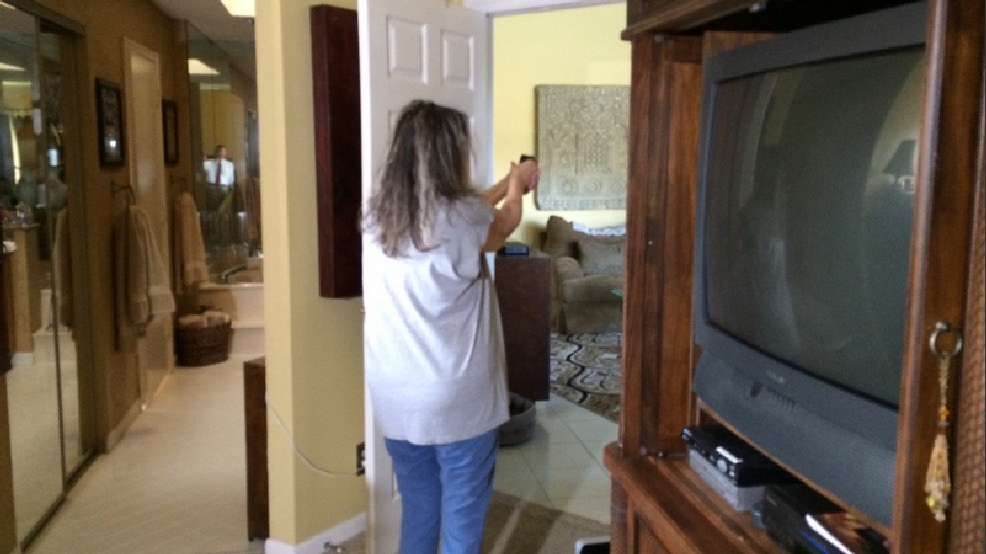 A Florida grandmother used a handgun to scare off three burglars breaking into her home a couple of weeks ago.

According to CBS12, the unidentified homeowner was at her home in Boynton Beach at around 12:45 pm when she heard a loud banging at her front door. She approached the peephole and saw a man standing there.

The woman didn’t answer and the man left, but he returned just minutes later, this time with a t-shirt over his head and putting on gloves. In fear for her life, the homeowner ran to her bedroom to grab her handgun from the dresser next to her bed.

The suspect and two accomplices broke down the door and entered the home.

Unfortunately for them, they came face-to-face with the armed grandmother, who was ready to use her gun if need be.

The three suspects then fled the scene upon seeing that the woman was armed. Nothing was stolen from the home.

RELATED STORY: 5 Lifesaving Products To Keep You Prepped Against A Home Invasion

While it was undoubtedly a traumatic experience, she said she’s glad she had a gun to defend herself.

“I think it’s wonderful. I think it’s the only thing that saved me. It was my Godsend. I don’t know what I would’ve done without it. I’ve never experienced anything like that before in my life. It was horrible, to have three strangers in your house and ransacking it. I was very angry. It’s like, how dare you do this! You know. This is our home,” the woman said.