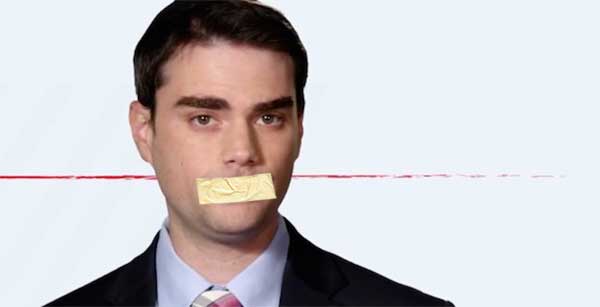 USA – -(Ammoland.com)- The discerning have long recognized that the true enemies of free speech are certain leftist progressives who believe their ideas are so superior and their opponents so toxic that protection for the latter isn’t warranted.

The left is practiced at painting conservatives as oppressive and intolerant, but their behavior repeatedly undermines their claims and exposes them as the intolerant speech fascists and thought controllers.

You won’t see conservatives advocating the muzzling of political opponents or promoting the Fairness Doctrine and campus speech codes. You won’t see Republican administrations excluding reporters or news organizations from press briefings because they don’t parrot the White House’s narrative. You won’t often encounter liberals concealing their opinions on campuses or Hollywood or their places of employment for fear of backlash. You won’t see conservatives ever trying to send kooky leftists to sensitivity training to compel them — “1984“-style — to conform to their worldview.

You won’t see conservative professors (excuse the contradiction) overtly indoctrinating students and creating a climate of ridicule toward liberal students. You’ll rarely see a college administration reprimanding a liberal professor (excuse the tautology) for exposing his class to an opposing viewpoint — one certain students find unbearably “offensive.” You won’t see conservatives creating “safe spaces” to protect their delicate adherents from feeling uncomfortable through exposure to “troubling” or “triggering” ideas. You won’t see the right using defamatory catchwords like racist, sexist, homophobe or xenophobe to demonize, ostracize and muzzle leftist expression.

And you won’t find conservative groups pressuring universities to ban liberal speakers from their campuses. Which brings me to the primary subject at hand.

My good friend, Ben Shapiro, a one-time child prodigy who has now become a polemical force of nature as an adult, has recently experienced the ubiquitous leftist fascism inhabiting college campuses. Ben, at age 32, has not only written six best-selling books, but has a nationally syndicated column and a very successful radio show.

Despite all that, what initially propelled Ben into national prominence was his delicious television takedown of liberal snob Piers Morgan on Morgan’s former CNN show on the subject of gun control.

More recently, Shapiro has distinguished himself with powerful podcasts on current events and a campus speaking tour wherein he systematically demolishes the left’s tyrannical political correctness and assault on free speech.

Indeed, Shapiro has been so effective that campus liberals obviously regard him as a threat — a clear and present danger to their Stalinist mindset. They have protested his appearances, disrupted his speeches, threatened him and lied about his message.

But the latest predictable outrage is that DePaul University has banned Shapiro from appearing on campus, under the ludicrous and specious pretense of “security concerns.”

If there are security concerns, neither Shapiro nor his admirers are causing them. As Shapiro’s sponsor, Young America’s Foundation said, “Make no mistake, any security concerns we face on campuses are 100 percent incited by the censorious, intolerant left.”

This is what so many of our campuses have come to. They don’t promote, much less champion, freedom of inquiry. They are incubators of monolithic liberal ideas and actively discourage the airing of contrary opinions.

The left is incoherent on free speech. It purports to be a staunch advocate of speech while discriminatorily suppressing it. These leftists are not even embarrassed by their lame efforts to justify their imperiousness, as when one college administrator said, “We cannot tolerate the intolerable.”

What is intolerable is their totalitarianism.

But give them credit; their indoctrination is yielding fruit. The William F. Buckley, Jr. Program at Yale conducted a survey on the attitudes of university students toward the First Amendment, speech codes, academic freedom, political correctness and intellectual diversity.

The results are deeply disturbing, though unsurprising:

What this inconsistent mishmash tells me is that academia is succeeding in its efforts to program students to blindly accept liberal ideas and to be amenable to suppressing opposing ideas, while manipulating students into believing that they are champions of free expression. It is a dangerous and toxic combination. But that is the way the liberal mind works.

Shame on DePaul for betraying academic freedom. This is further proof not just that the left doesn’t practice the tolerance it preaches, but is mortified that its ideas could be exposed to the disinfecting light of truth.

David Limbaugh is a writer, author and attorney. His latest book is “Jesus on Trial: A Lawyer Affirms the Truth of the Gospel.” Follow him on Twitter @davidlimbaugh and his website at www.davidlimbaugh.com.